A cool mountain backdrop against an evergreen foreground presides over the gleaming sky scrapers of Vancouver, British Columbia’s most populous city. This beautiful coastal metropolis boasts a population of 631,486, and is a go-to destination for US citizens seeking an international experience without traveling too far from home.

According to Tourism Vancouver, 2.3 million visited the city last year, more than 600,000 of those tourists coming from California, the most of any state. The city also receives a fair number of visitors outside of the Americans. Not surprisingly, many of the same factors that draw tourists to Vancouver – scenic landscapes, excellent climate, low crime, and an abundance of recreational opportunities — also inspire people to stay in the city permanently.

Options for Living in Vancouver, BC

In the city of Vancouver, BC, condos dominate new residential construction and are quickly becoming as common as single-family homes. Last year nearly 60 percent of new housing starts were condominiums.

Condos are a cheaper homeownership option for most home buyers. Not to mention, living in Vancouver’s urban core enables prospective residents to take the best advantage of the city’s vibrant multicultural pulse, and for that, we suggest snapping up one of the many condos for sale.

An abundance of websites exists for those who want to live in this shining seaside city. Below, we’ve put together three of the best websites for finding your dream condo in Vancouver ranked on a scale from 1 to 5, 5 being the best.

Now to the Sites…

Vancouver New Condos (https://www.vancouvernewcondos.com) bills itself as “your number one source for new condos in Vancouver as well as Vancouver presales and pre-construction homes.” Visitors have the option to sign up for their VIP email list to get advanced information on new condos for sale or presale. It also allows a deep dive into the featured properties with a great gallery of unit photos and detailed floor plans.Simple navigation and advanced info access earn this site a high rating.

With an excellent user interface that is simple to navigate, the site enables you to easily choose the region of the city that interests you, search for presales on a map, and quickly browse properties from a thumbnail menu. The site also has a Chinese version.

Vancouver Condos (http://vancouvercondos.com) offers visitors options to buy, sell and/or rent condos and other properties within the city. This website is very comprehensive with an extensive nav menu that enables you to browse properties in multiple ways. You can search by clicking on properties using a map, use a quick search option or click on the site’s featured listings on MLS® (Multiple Listing Service).

A busy interface is redeemed by the live chat.

Despite the site’s busy interface, you never feel lost or disoriented and the photos of smiling realtors give it a friendly, personable feel. Perhaps best of all visitors can get a great idea pre-purchase through

The site is part of Remax® network.

Great info but a lot of clicking to access it.

The third site on our list is Agent Pronto ( https://agentpronto.com). You have got to love the name of this site, which promises to help you find the best buyer’s agent pronto in a Canadian market with over 100,000 real estate agents.

Agent Pronto is a totally free service that helps find for you in Vancouver, British Columbia. You enter the site portal by clicking on start your search for a top agent where it next asks if you wish to buy or sell. There’s also a button for those who want to rent.

From there you go through one question at a time qualifying question at a time until you are invited to enter your personal information which is used to match you with an agent. If you’re patient and don’t mind going through all the dialogues, and you want personalized assistance on your condo, this is a good site for helping you focus your efforts.

The Vancouver market for condos is hot and not surprisingly many businesses have an online presence to lure buyers in for sale. Online is great because there is no pressure and you’re free to look at your leisure and to leave a site that doesn’t offer the best interface and information. We hope this brief survey gave you some idea of what’s available and places to look on the internet that offers not only great properties but a great user experience. Happy searching! 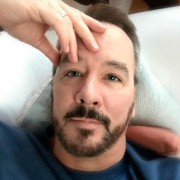 Keith G. Richardson is the main in charge for all operations and the main reason why we managed to build our reputation in the IT market.